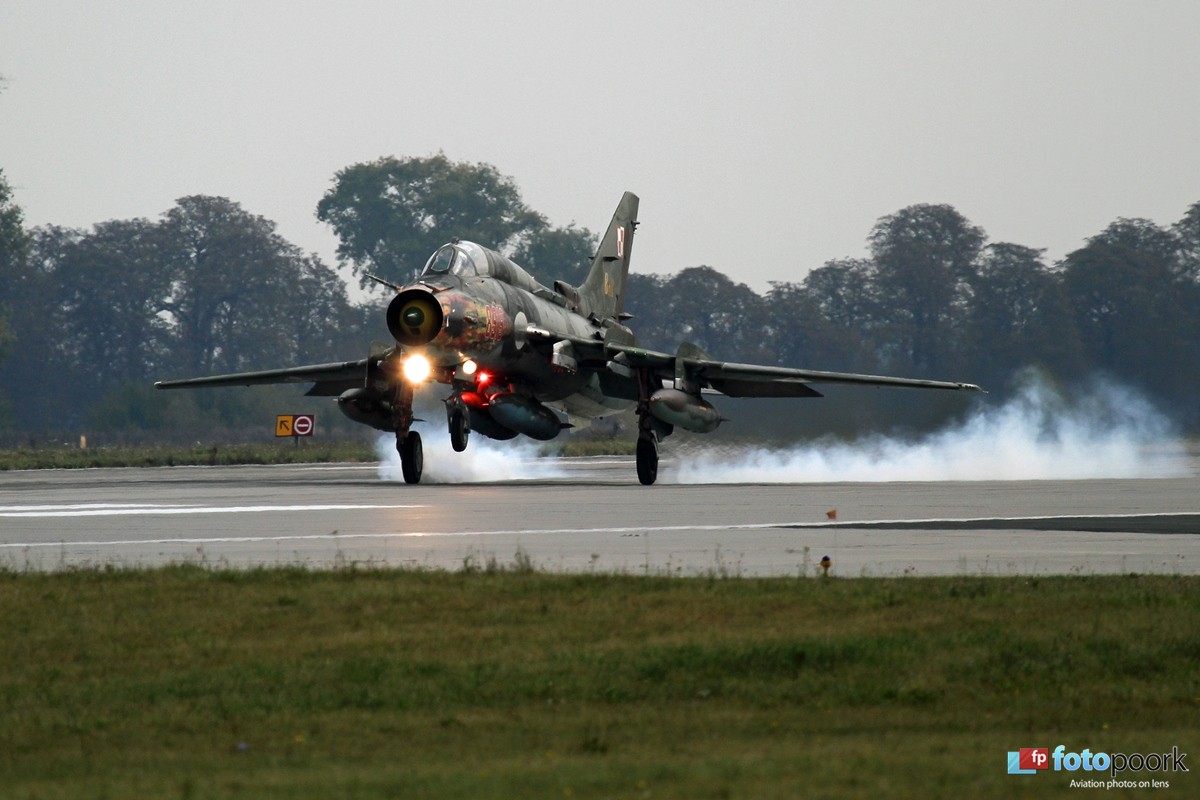 On 4-6 october 2011 at Krzesiny held a training course – methodical managerial personnel aviation Armed Forces ” MEETING -2011. ” To the air base near Poznan flew almost all flying machines currently in the Polish Air Force. On Tuesday , 4 October , held Media Day , where we had the pleasure to attend. On the arrivals were held all participants rally that looked very impressive , as you can see in the pictures. Closely could watch the landing and taxiing of such machines as the F- 16 , Mig – 29 or Su -22 . It was definitely an unforgettable experience . endpoint of the program was the common image of all participants ZLOT  2011 worth mentioning that this ” event ” also appeared in Air Force Commander and Head of the National Security Bureau .
Weather was nice – to change the sun and the clouds , but the photos came out , and so interesting. And the atmosphere , as is usually the case in the Polish air bases , was very enjoyable . We invite you to look at product images !