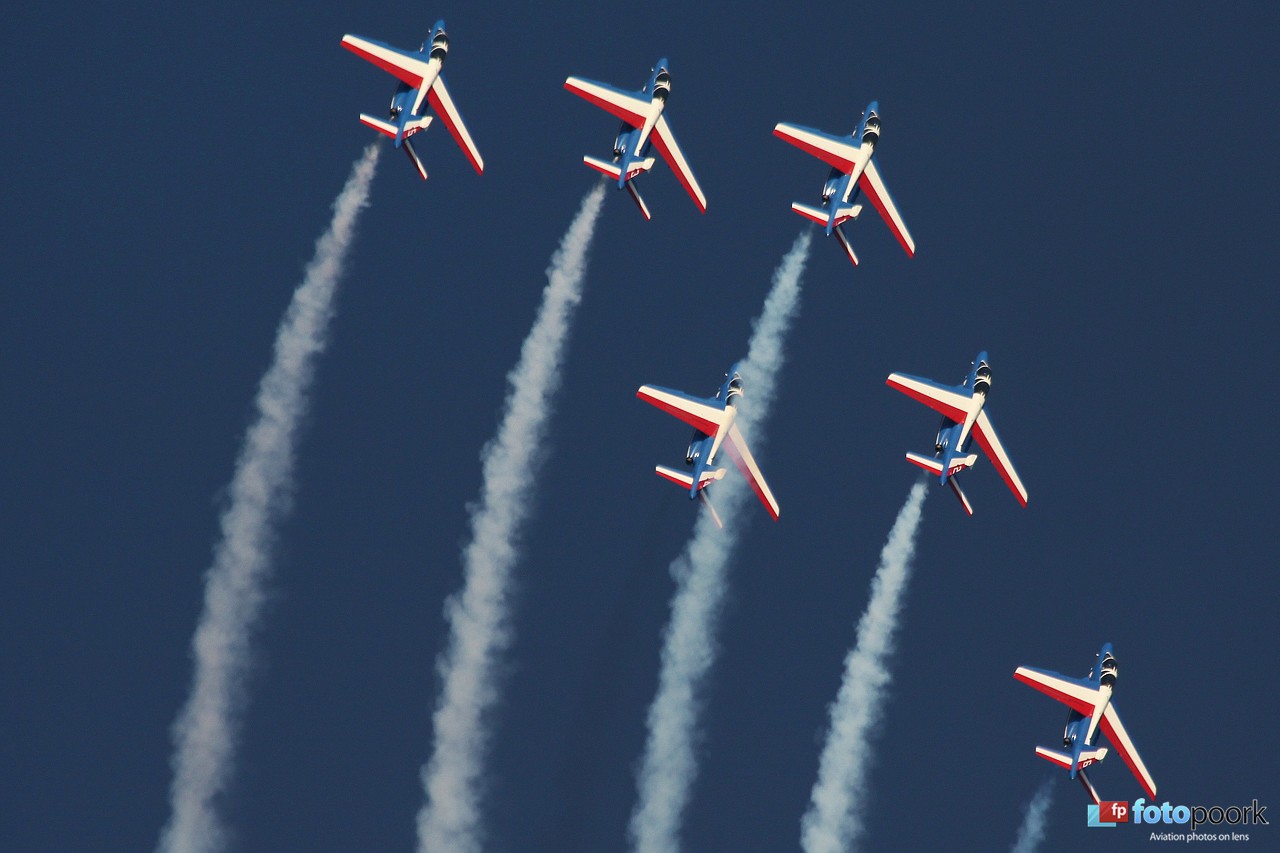 On 27-28 August 2011, in Radom held once again air show Radom Air Show 2011 . Of course , we could not miss it . The event was very successful . Everything came out great. Great atmosphere , beautiful weather and sensational stunts. On Saturday, all the time there was sunny and clear weather , while on Sunday, the beautiful weather with a slight cloudiness . The program will shows he was very rich, and all the machinery presented great. On the Polish sky entertained a group of acrobatic pilots soloists from around the world – including Patrouille Suisse, Patrouile de France, Freecee Tricolori , Dutch and Belgian F -16 . Very interesting was also a demonstration of Polish Su- 22 and the air battle vs F -16 . Mig -29. Interestingly presented himself as a Greek F -16 .
We photographed from different places , scenes and perspectives – from the audience , the sklrzyżowaniu taxiways , western and southern sectors ( on the other side of the airport ) , so that we have a wide variety of shots. Who was at the shows , you know , it was sensational , and who is not , let him regret it 😉 .

Autorzy
Jarosław Zbieg
Foto Poork’s English correspondent. He usually attends most of the British Air Shows during the year, sometimes also visiting the airports of London, in order to take some pictures. He is also into scale modelling, and his collection is really impressive.
Tomasz Lechowski
A true aviation journeyman - both airshows, as well as exotic locations are seen by him as a destination. You may meet him at most of the European air shows. He is determined to cover even 20 thousand kilometers per year in his car.
Filip Modrzejewski
Chief Editor of the Foto Poork aviation outlet. He has accumulated huge amounts of Air-to-Air photography experience, logging more than 500 hours of photo-shoots in the air. Moreover, he has been into photography ever since, and he is striving to bring unusual photos back from any of the unique events he attends.