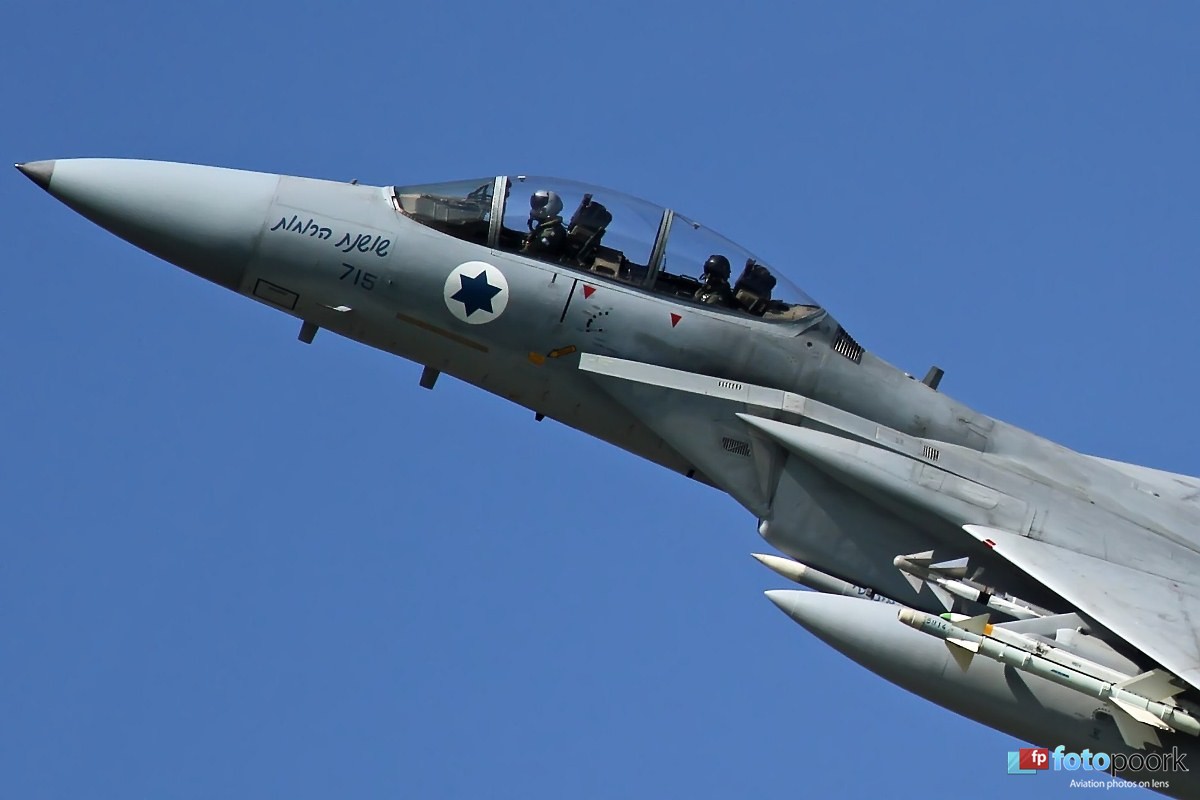 It was difficult to say goodbye to the airport Mosnov / Ostrava, so we decided to stay for Monday’s departure from the show NATO Days. Selection of the most accurate and experience for the next year , because on this day , virtually all machines participating in the shows returning to their home bases , in which every day are stationed . Unwritten tradition of departure is the fact that almost every one of the pilots says goodbye to the airport some element of aerobatics . And so it was on this day – Eurofighters from Germany and Italy after takeoff boosters performed on drums . Belgian C -130 made ​​an excellent ” low-pass ” on the runway .
But of course, we waited for the start B -52 ! But before you leave the airport, two F-15 fighter jets and C -130 in the colors of Israel, they joined the B707 , which circled the airport and chic have chosen a course to the southeast. About hrs . 14:15 start there was a B -52 , this beautiful machine after takeoff done again fly over the plate airport escorted by two Czech Jas -39 Gripe , n that the assistance it … probably said goodbye until next year.