In 2018, Poland commemorates the 100thAanniversary of Military Aviation, the celebration which will contribute to the even greater promotion of the Polish Air Force and their traditions as well as equipment in the world. As part of this celebration, a unique photographic project was also carried out, which presents all military machines flying in Poland on amazing Air-to-Air photographs, in which we took an active part. From May to November 2017 we took aerial photographs with Polish aircraft in truly unique sceneries and configurations – including F-16 and MiG-29 fighters at the seaside, transport planes in the Bieszczady mountains, Navy helicopters at Baltic Sea, CSAR and SAR shots or the latest Gulfstream G550 government aircraft!

In February last year ther was an idea to make a photo project on the occasion of the upcoming anniversary, which will present on aerial pictures all military aircraft currently flying in Poland – both planes and helicopters. From the very beginning we knew that it would not be an easy undertaking, as it involves many individuals, people and a large number of flights to accomplish everything as intended, but with the support of the General Command of the Armed Forces we decided to make it happen.

The first phase of the project was to plan all photo sessions and match them with the dates of exercises and the availability of machines. At this point, it was obviously necessary to consult various units in order to set convenient dates and to do everything together in time. Over 20 sessions were planned, which took into account the different times of the day, various machines, various configurations or different places in Poland – the most interesting sessions, that should be mentioned wee, among others, MiG-29 and F-16 fighters on the Baltic Sea and Malbork, Mi-14 helicopters during SAR exercises at the coastline, transport planes in the mountains, CSAR missions (Combat Search and Rescue), aerobatic teams Biało-Czerwone Iskry or Orlik Team in full sets as well as new Gulfstream G550 government aircraft and many more. It is worth mentioning these were often the first ever ramp photo session of some machines (such as the G550, C-130 Hercules or White-Red Sparks), which greatly pleased not only aviation fans, but also pilots, so that they could participate in such project. Naturally, each plane had to be involved in a plane-platform for photojournalists (the so-called “photoship”) – in the case of aircraft, the Casa C-295M from the 8th Transport Aviation Base from Krakow was used with many crews, with whom cooperation was always arranged brilliantly. In case of helicopters machines were usually used from parent units (such as W-3 for flights with 56th Air Base or Mi-2 for flights in Dęblin), but there were also some additional helicopters from the Speical Operations Air Unit as photoship, where cooperation was also as smooth as in case of airplanes. 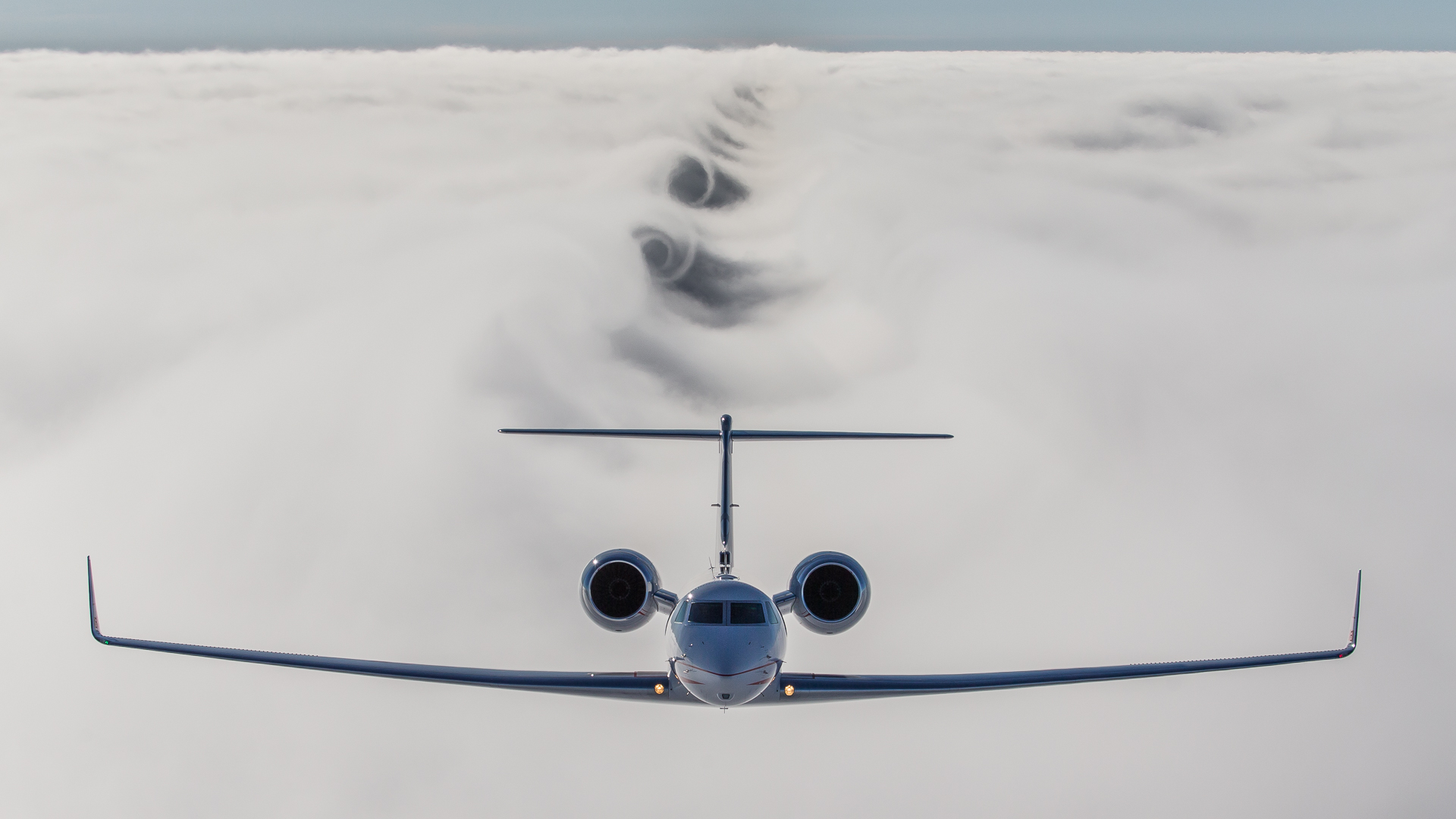 The second phase of the project, after setting the schedule and obtaining all relevant approvals, was the implementation of the previously described sessions from May to November inclusive. A person who does not know the backstage of this project and the planning of the Air-to-Air session could say that “it’s only 1-2 hours of flight and pictures are taken”, but in fact the whole process is much more complicated. These 1-2 hours of flight are just the top of the mountain, which is preceded by many telephones, arrangements, meetings and proper preparation for the flight.

We tried not to interfere in the work of individual units and carry out flights as part of the planned training, without the need to organize additional flights. Everywhere we have received very well, and the cooperation with the pilots was extremely good. It is also worth adding that on the day of the session we always had the perfect weather for photos (i.e. the sun or delicate clouds), and in the case of cloudiness, the cloud layer was thin enough so that you could easily fly over it. Sometimes it happened that the sun came out from behind the clouds literally at the last minute before the start – it could not have been better.

I think that every participant of the project was honored with the opportunity to participate in many Air-to-Air sessions, as well as cooperation with many great pilots. The whole project began with the morning session with 2xW-3 and 1xMi-8 from the 1st Airlift Base in Warsaw, and in the afternoon we took part in CSAR flights together in the 56th Air Base, where we photographed W-3 ​​and Mi-24 helicopters during joint flights with MiG-29 fighters. I am glad that we could present the machines in various variants (such as MiG-29A and MiG-29UB, M-28 in the version of Land Forces and Navy or W3 in the VIP version, transport and SAR) – thanks to this, we can, show how diverse our aviation is. During the whole project, we also flew, among others, with PZL M28 Bryza transport aircraft, Casa C-295M, C-130 Hercules, F-16 and MiG-29 fighters, Su-22 aircraft, aerobatic teams on TS-11 and PZL-130 Orlik, sea helicopters Mi-14 and training ones like Mi-2 or SW-4. We finished the project in the place of departure, i.e. in the 1st Airlift Base taking photos with the Gulfstream G550. 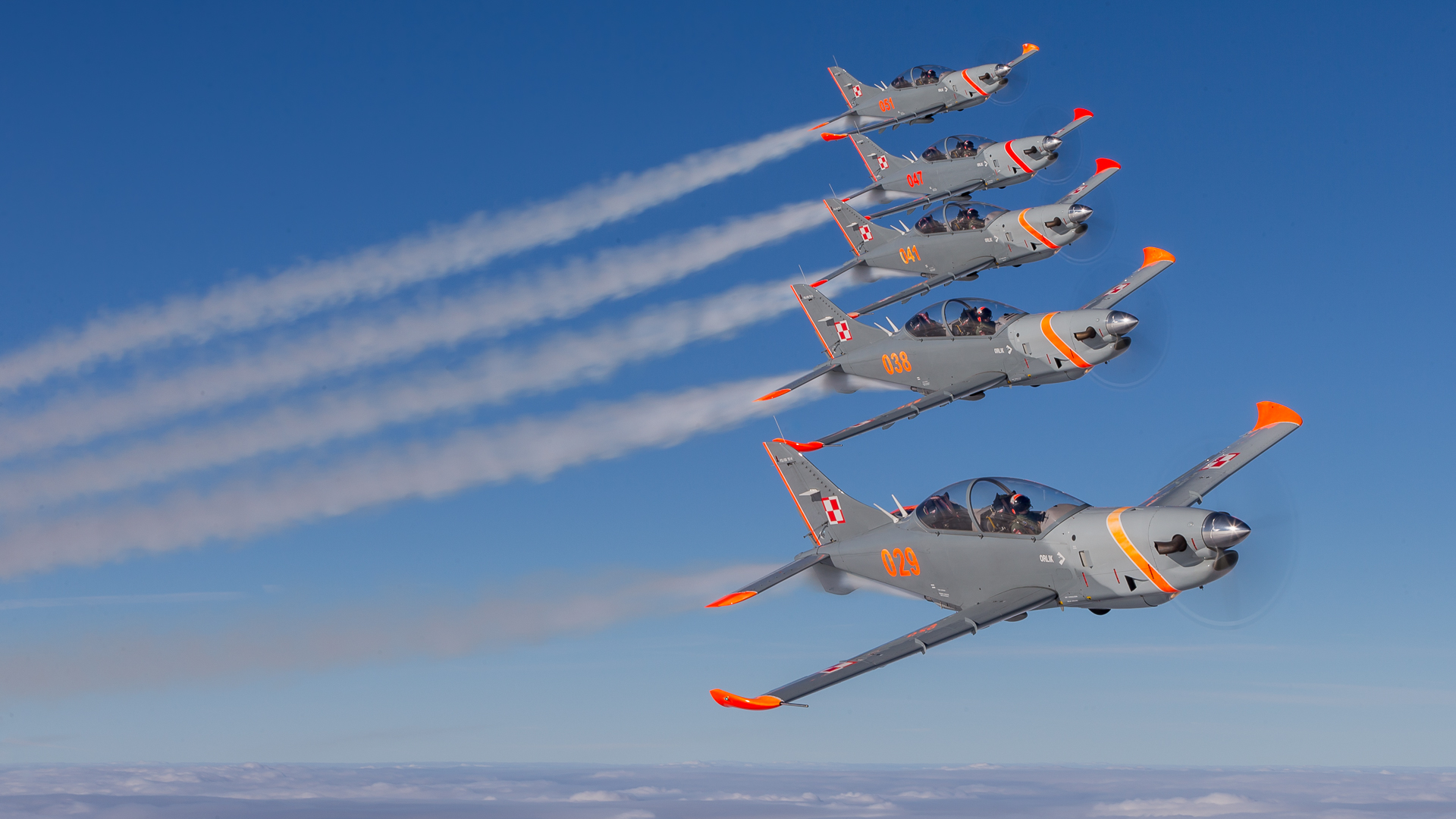 Before each flight a videoconference was organized with the supervising unit (usually the 3rd Airlift Wing) to discuss safety instructions and issues related to making sure that every flight complied with all regulations. Then, together with the photoshooting pilots and photographed aircraft, we discussed in detail the plan of the photo session, the settings of the machines relative to each other, the figures we make, the sequence of approaches, issues related to lighting and distance between machines – in a nutshell, we discussed how to achieve the intended frames and how to set up position, so as not to waste time in the air. When everything was already established, everyone went to his machine.

During the flight, each of the photojournalists had a certified harness and a flight helmet, so as not to fall out of the aircraft and to protect the head in the event of unexpected turbulence or overturning on board. When everyone was already attached, we can take off, and after the arrival to the designated zone, we open the ramp of the aircraft or helicopter door and implement the previously planned session scenario. Of course, everyone is aware that when we fly with an open ramp and a strong gust of air are met, the temperature drops significantly, so we dress properly before the flight.

During the entire project, we made over 30,000 photos, and their processing, preparation and selection took many hours spent at the computer. On the occasion of this publication, we would also like to thank General Command of the Polish Armed Forces, including Col. Szczepan Głuszczak and Cdr. (N) Czeslaw Cichy for the trust and the opportunity to implement this project. We would also like to thank our good friend, Bartek Bera, who coordinated the whole project and took care of both logistic and photographic issues on the ground. At the same time, we would like to thank also Canon Polska and Proclub for technical support and providing us with the latest photographic equipment.

In the meantime, we invite you to take a look on selected photos in the gallery below! More shots can be found in many publications around the world – both press, online and TV ones.