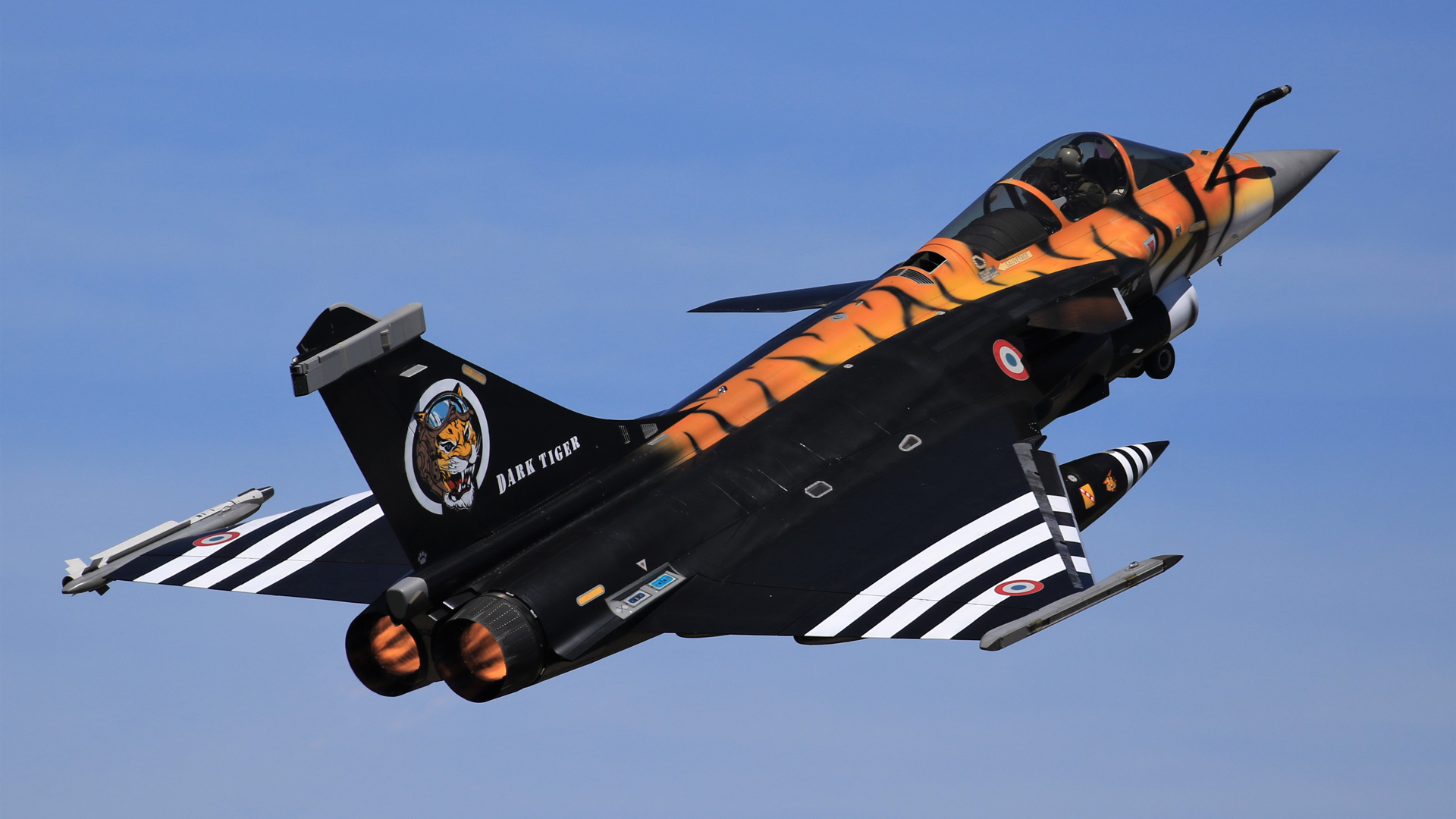 The airbase BA118 of Mont-de-Marsan last may opened the doors to one of the best known NATO exercises: the Tiger Meet.The “Tiger Meet” is an exercise that provides training in the use of air-to-air and air-to-surface weapons, involving land vehicles, use of electronic warfare systems, surface-to-air threats to be neutralized and identification of hostile targetsto destroy.The event (NATO Tiger Meet), contrary to its name, is not part of NATO’s programs, although it is frequented by squadrons of the Atlantic Alliance, but it was conceived as a separate exercise.The 2019 edition, which began on May 13th and ended on the 24th, gathered the squadrons together with a feline emblem.About 60 aircraft, including two AWACS and 13 French, Italian and English helicopters were present here.

At the opening of the exercise the Commander of the EC3 / 30 ‘Lorraine’, T.Col.Fouquet welcomed the units deployed on the tarmac in front of the operational area, aboard a prehistoric and mythical Citroën Dyane Tiger: “On behalf of my group and the base staff I greet the participants in the55th NATO Tiger Meet.As in the old days, in the spirit of the “Smoke Green Missions” of the 1940s, the key words, commitment, tactics and fighting spirit are what we have inherited, preserved and use in these two weeks of shared work.The “Lorraine” squadron is really proud to face the challenge of the NATO Tiger Association: up in the air and on the earth, we will have our hearts ready to keep the Tiger Spirit alive. ”

The commitment was seen from the very first day, when, after the welcome ceremony, all the squadrons undertook to turn the plans on paper into reality: the training waves followed each other hour after hour, day after day.The plan of the first week was carried out with methodical precision and intensity: the various units were trained in dissimilar training, operating different aircraft as a single integrated force, divided between aggressors or red forces and blue forces, thus increasing operational capabilities, interoperability, professionalism among partners of this old and stable alliance that today turns 70 and has given us a very long period of peace.‘Joint’ and ‘combined’ missions, the morning COMAO and the afternoon Shadow waves followed each other methodically and continuously.

The helicopters carried out missions of Personnel Recovery (PR), Combat Search and Rescue and Combat Recovery, Non-combatant Evacuation Operation, support for Special Forces and tactical transport;some missions went beyond the four hours, with special forces on board, disembarked and recovered in mountainous areas and near beaches, refueling on a support base.
This year’s edition was attended by:

As visitors, two German Typhoons of TaktLwG 74 and 2 F-16A/B MLU Dutch landed in 313 Sqn;then there were Turkish, Greek, Dutch and American pilots and technical officers as observers.

The daily training activity ceased in the late afternoon to leave room for the Tiger Meet’s classic social activities, where imagination, culinary art, camaraderie and sociality involved everyone until late in the evening. A color note: for the ones who could not stop drinking too much beer, the road police was just at the gates of the base, ready with the tools for an alcohol test.

And like every year, prizes were awarded in the various categories, starting with the best Tiger livery and ending with the best Klit.The Silver Tiger trophy is the most coveted and is assigned to the flight group that most distinguished itself for all the activities carried out during the two weeks.However, the Silver Tiger Trophy was awarded to the Portuguese Esquadra 301!

The story of the Silver Tiger originates in 1977 in Greenham Common: in accordance with an ancient military tradition, there is an exchange of gifts between the guests: then a precious silver tiger was donated to the community of tigers by the London silversmithMappin & Webb at the request of the director of the RAF Benevolent Fund, the late Paul Bowen.This silver tiger soon became a trophy to be awarded during the meetings: the winner holds it until the next edition of the Tiger Meet during which it will pass it to the new winner: a small silver tag will remain at the unit, that is placed at the wooden base of the trophyhitself, in memory of that event.

After an absence of 8 years, the portoguese “Jaguares” returned to the Tiger Meet.The previous time, during the 2011 edition at Cambrai, the last meeting hosted by the EC 1/12 “Cambresis”, they had returned home winning the same prize.They came to Mont-de-Marsan, home of EC 3/30 “Lorraine” who inherited the role of the Tiger unit when the Cambresis group was disbanded, and they again awarded the Tiger Spirit Award.

The other prizes have been awarded:
to the Escadron de Chasse 3/30 ‘Lorraine’ as the best flight unit and for the best Tiger livery;the 1st Austrian Jet Trainer Squadron got the Best Looking Uniform Award;for the Tiger Games the prize went to the Escadron de Chasse et d’Experimentation 01/30 ‘Côte d’Argent’ and the prize  for the best performance or Best Skit was won by the personnel of the Escadrille d’Hélicoptères de Reconnaissance et d’Attaque n ° 3, flying on the SA 342 M Gazelle.

Next year the Jaguares will host the NATO Tiger 2020 meeting on the BA11 base of Beja.